Huffington Post: The Jewish Problem With Obama – Part 1 of 5

“The Jews have three veltn (worlds): di velt (this world), yene velt (the next world), and Roosevelt.” 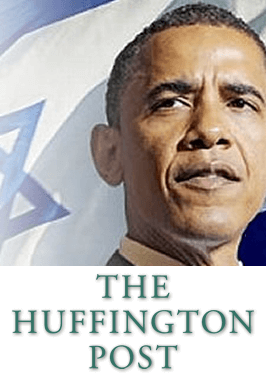 In the nearly eighty years since President Franklin Roosevelt launched the New Deal with a pledge to “help the forgotten man,” relations between American Jews and the Democratic Party have been as close as lips and teeth. Even as Jews prospered and assimilated into the mainstream of American life, most of them remained loyal to FDR’s liberal vision and refrained from following the pattern of other affluent groups by shifting to the Republican Party. Over the course of the past twenty elections, a stunning 75 percent of the Jewish vote has on average gone to the Democratic presidential candidate. As the old saying goes: “Jews earn like Episcopalians and vote like Puerto Ricans.”

If further proof of this were needed, it was provided by the 2008 election of Barack Obama. On a key issue for many Jewish voters–support for Israel–the hawkish John McCain started off with a decisive advantage over Obama, whose past associations with the anti-Semitic Reverend Jeremiah Wright and the Israel-bashing Columbia University Professor Rashid Khalidi raised troubling questions in the minds of many Jews. And yet, when the vote was tallied, Obama trounced McCain among Jews by a staggering 57-point margin.

“After decades of involvement in the civil rights movement by American Jews, Obama stirred deep emotions in the Jewish community,” Bret Stephens, the deputy editorial page editor of the Wall Street Journal, told us. “The black-Jewish alliance was shattered in the late 1960s, and Jews have yearned ever since to restore it. Jews felt good about voting for Obama, for not only were they voting for a guy they agreed with and liked, but they were also voting for their own personal redemption.”

All this should provide comfort to President Obama as his party heads into the fall’s hotly contested midterm elections and fights to hold onto its majorities in the House and Senate. Faced with public frustration over the flailing economy, high unemployment, massive federal deficits, out-of-control illegal immigration, and the Gulf of Mexico oil disaster, Democratic candidates need all the help they can get from their friends. And although Jews represent a mere 4 percent of the American electorate, their political activism and fund-raising prowess give them leverage in important battleground states.

There’s only one hitch. Today, a sizable number of American Jews are having a serious case of buyer’s remorse when it comes to Barack Obama. Recent polls of the Jewish community reflect a significant decline in support from 2008, when 78 percent of Jewish voters pulled the lever for Obama. According to a recent McLaughlin & Associates poll, a plurality of Jewish voters would now consider voting for someone else for president.

These poll numbers do not begin to measure the depth of displeasure felt by many of Jews over President Obama’s performance. Their bill of particulars covers a wide variety of complaints, including the president’s frosty behavior toward businessmen in general and Wall Street in particular. But what really appears to irritate American Jews is the president’s roughhouse treatment of Israel.

Obama has recently backed off from some of his public assaults on Israel, but he is still in trouble with large segments of the Jewish community. Malcolm Hoenlein, executive vice chairman of the Conference of Presidents of Major American Jewish Organizations, the coordinating body for 52 Jewish groups, estimates that Obama may have lost the support of as much as one-third of Jewish voters. That may overstate the case, but as we discovered during interviews with more than a dozen Jewish leaders over the past several months, many Jews have become so annoyed with the Obama administration that they have closed their wallets and are seriously thinking of sitting out the 2010 election. According to an analysis of Federal Election Commission records by the Washington Post, contributions to Democratic candidates from the financial sector, where Jews hold important positions, are down 65 percent from two years ago.

“I started breaking with Obama ten months ago,” says Martin Peretz, editor in chief of The New Republic. “And I know that a lot of West Coast Jews are also having buyer’s remorse. The gut of it is Israel. Will Jews mobilize for Obama in the fall elections? They might be too embarrassed to come out directly against him. But I’ll give you one sign of the times: Chuck Schumer

[New York’s senior Senator] waited a year and a half before he stood up for Israel, and he’s been having trouble raising money on Wall Street.”

“The assumption on the part of the Obama administration is that because Jews are liberals, they simply will not vote for Republicans,” says the Hollywood billionaire Haim Saban, one of the Democratic Party’s mega-donors. “Obama can invite the ten most prolific Jewish campaign bundlers to the White House for a discussion, and give a wonderful speech, and he’ll think that this may resolve all his problems with American Jews. And it may–or it may not.”

“The idea that we saw a black president in our lifetime is wonderful,” says New York City’s former mayor, Ed Koch. “It conveyed to us that this country has come such a long way. But I never fully accepted that Obama didn’t hear his minister [Jeremiah Wright] make those awful anti-Semitic statements over 20 years. I wanted to believe him. I willed myself to believe him…. What he has done is break that trust. Like Humpty Dumpty, once you break it, you can’t put it together again.”

This is the end of part one of a five part series. To read the entire series,  click here.