Corey Lewandowski Has Nothing on Hillary Clinton 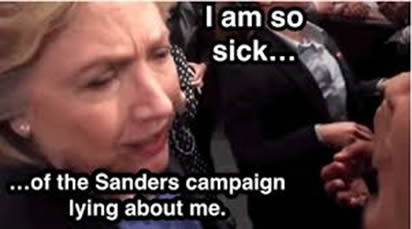 First, there was that stunning video showing Hillary losing her cool and lashing out at a Greenpeace activist.

Then, CNN broadcast an exchange between a hot-under-the-collar Hillary and a Black Lives matter protester. 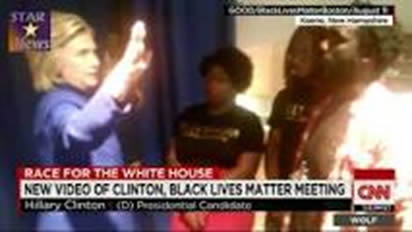 And The Associated Press reported that Bernie Sanders is finally “getting under Hillary’s skin.”

What’s going on here? Is Hillary having a serious meltdown?

To those of us who have followed Hillary’s career in the political arena, none of this is surprising.

When it comes to anger management, Donald Trump’s campaign manager, Corey Lewandowski, who faces misdemeanor charges for grabbing a female reporter, has nothing on Hillary Clinton.

Accounts of her beating up on Bill Clinton behind closed doors—throwing lamps and books at him and scratching his face—have been well documented over the years.

Perhaps less well known is how Hillary treated the White House staff when she was first lady.

[Hillary] would blow up over things,” Joan Baggett, who served during the Clinton administration as director of the Office of Political Affairs, recalled for the Clinton Library’s oral history program. “…I remember one time in one of these meetings where she was blowing up about [the president’s] staff and how we were all incompetent and he was having to be the mechanic and drive the car and do everything, that we weren’t capable of anything… Sometimes she’d be in those meetings and I’d think, Please don’t let her yell at me.”

That was back in the 1990s, and Hillary’s self-control hasn’t gotten much better since then.

“Hillary’s tantrums have lately become the stuff of political legend,” said a staffer who works on her presidential campaign. “She has had screaming, childlike tantrums that have left staff members in tears and unable to work. At one point recently, she was berating a low-level campaign worker for making a scheduling mistake. The girl had the nerve to walk away from her, and Hillary grabbed her arm and twisted it.

“The fear of her advisers is that her anger will translate into a public blowup that will be caught on camera,” he continued, “and that will make her look so out of control that people will begin to wonder if she is suited for being commander in chief.”