Hillary Lies Even When She Doesn’t Have To 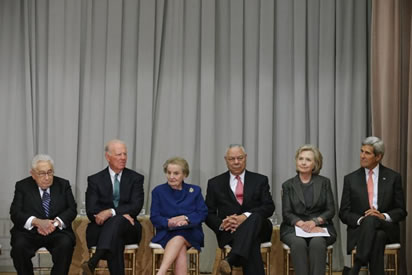 Hillary Clinton has been caught lying again—and this time it’s serious, because she lied to the FBI, which is a federal crime punishable by a fine and/or imprisonment.

During her 3 ½-hour interview with the FBI on July 2, she told investigators that former Secretary of State Colin Powell had advised her to use a personal email account during a private dinner.

“The truth is she was using

[her personal email] for a year before I sent her a memo telling her what I did [when I was in office],” he told the New York Post’s Page Six. “Her people have been trying to pin it on me.”

Asked why Clinton’s team was attempting to blame him, he responded, “Why do you think?”

It will come as no surprise to those who have read my books that Hillary is a liar.

Of course, I was not the first person to make that discovery.

Carl Bernstein , in his biography of Hillary, A Woman in Charge, noted that she indulged in “subterfuge and eliding.”

David Geffen, the Hollywood mogul, famously said, “Everyone in politics lies, but [the Clintons] do it with such ease, it’s troubling.”

And in my forthcoming book, Guilty as Sin, which will be published October 4 and can be pre-ordered on amazon.com and barnesandnoble.com, I write:

Some observers compare Hillary to Lady Macbeth, whose vaulting ambition led to her downfall. In Hillary’s case, her fatal flaw is dishonesty. She lies even when she doesn’t have to.