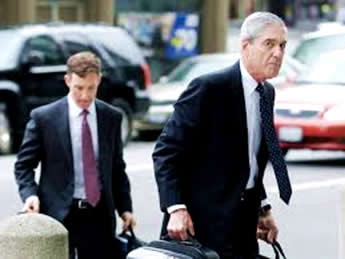 The buzz around the Justice Department and the FBI is that President Trump will fire Special Counsel Robert Mueller in the next several weeks, setting off the biggest political firestorm since Nixon’s Saturday Night Massacre.

This prediction comes from prosecutors and veteran agents who have worked with Mueller and have witnessed his fiercely independent streak.

Mueller, they say, won’t be satisfied to limit his investigation to the question of Russian meddling in the election and charges that the Trump campaign colluded with the Kremlin.

“Bob will take the investigation all the way to its logical conclusion—way beyond the Russian collusion question,” says a former Justice Department prosecutor who now works as a consultant to the FBI.

“You don’t hire the kind of A team that Mueller has assembled unless you believe you’re going to get the goods,” this source continued. “These guys hired by Mueller are world-class experts in everything from campaign finance violations to money laundering.

A day after Trump told the New York Times that Mueller would cross a red line if he expanded his probe into his business ties, Bloomberg ran a story that Mueller is looking into the purchase of a Trump mansion in Florida by a Russian oligarch, among other business transactions that Trump and his family have had with Russians.

With that leak to Bloomberg, the special counsel fired a shot across Trump’s bow and set up an epic clash that could end with Mueller’s firing.