Toggle SlidingBar Area
Previous Next
My Travels With Trump

My Travels With Trump 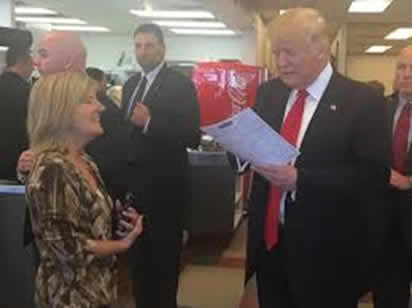 I recently had lunch at Shapiro’s kosher deli in downtown Indianapolis with Donald Trump.

He ate a Reuben sandwich without the bread, and before you could say corned beef, Swiss cheese and sauerkraut, the media were making a mouthful out of nothing.

The Washington Post, Salon, Politico and others ran stories insinuating that Trump invited me to lunch because he wanted tips from a Hillary Clinton critic on how to campaign against her.

Not a single reporter bothered to ask me what Trump and I talked about.

And they got it all wrong.

If they had bothered to inquire, I would have told them that the subject of Hillary Clinton didn’t come up once during our lunch.

Trump was totally focused on two things: 1) winning the Indiana primary and 2) preventing cameramen from catching him scarfing down the Reuben à la John Kasich.

Here’s another example of how the media get it wrong when it comes to Donald Trump: they claim that Trump draws mostly undereducated white men to his rallies.

The four Trump rallies I attended in Indiana were attended by as many women as men. And these people were middle-class everyday Americans. 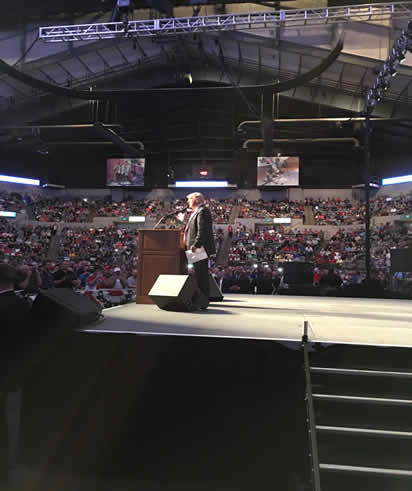 Trump talking to a sold-out crowd in Indiana

As the statistician Nate Silver recently noted in his FiveThirty-Eight blog, Trump’s voters “are better off economically compared with most Americans.”

So much for what passes for journalism these days.