People Who Think They Can Get Away With Things 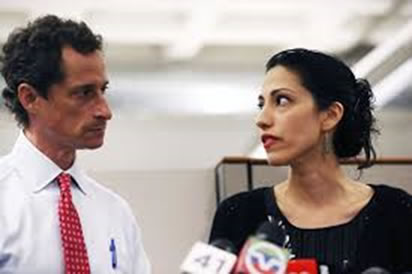 Practically everyone in Washington is talking about a sensational fly-on-the-wall documentary titled Weiner.

I guarantee this documentary will not bore you to death.

That’s because Weiner is really not about a schmuck named Anthony Weiner, who was forced to resign from Congress after it was revealed he had tweeted sleazy photos of his bulging underwear to various women.

As a way of redeeming his name as well as hers, Huma convinced Anthony to run for mayor of New York City—only to discover that he lied to her. He continued sending explicit photos of himself and conducting phone sex after he resigned from Congress.

Some people view Huma as the tragic figure in this documentary, which was made by filmmakers Josh Kriegman and Elyse Steinberg and deserves to win an Oscar.

I don’t see it that way. I view Huma as a woman who is drawn to people like Hillary Clinton and Anthony Weiner. They think they can get away with things—and so does Huma. 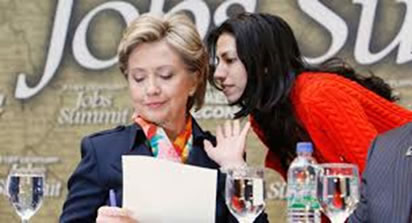 You will recall that Huma drew a salary of $135,000 a year as a “special” employee of Hillary’s State Department while at the same time she was on the payroll of the Clinton Foundation and Teneo, a firm founded by a former Bill Clinton operative.

As a result this glaring conflict of interest, Huma and her benefactor Hillary Clinton are suspected by the FBI of not only mishandling top-secret documents on Hillary’s email system, but also of engaging in public corruption.

Spare me the tears.