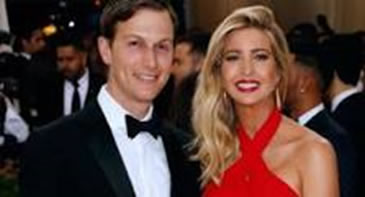 Shortly after Donald Trump entered the White House, his chief strategist Steve Bannon told a friend that he had a premonition of impending disaster: “I expect to be out of here in six months,” he reportedly said, “and it’ll be Jared who runs me out.”

He was, of course, referring to Jared Kushner, the president’s 36-year-old son-in-law, who despite his youth and lack of government experience, has amassed more power than anyone else in the White House, including Bannon, Chief of Staff Reince Priebus and Vice President Mike Pence.

It is Kushner who arranged this week’s summit meeting at Mar-a-Lago between Trump and Chinese President Xi Jinping—a meeting Kushner set up with the aim of improving relations between the two countries rather than confronting Beijing, as Bannon would have preferred.

As The New York Times reported: “Chinese courtship of Mr. Kushner…reflects the Chinese comfort with dynastic links. {President] Xi is himself a ‘princeling’: his father was…a major figure in the Communist revolution.”

Trump is indeed most comfortable with family—and with successful businessmen. Jared Kushner—the scion of a real estate empire—and his wife, Ivanka, are said to be worth $740 million.

In spite of his lack of Washington experience, this American princeling has proved to be a wily political infighter. Way back in June, 2016, it was Prince Kushner who got rid of Trump’s temperamental first campaign manager, Corey Lewandowski.

It was Prince Kushner who, along with Ivanka, deep-sixed Trump’s first choice of a vice presidential running mate—New Jersey Governor Chris Christie—and persuaded his father-in-law to go with Indiana Governor Mike Pence.

It was Prince Kushner who arranged for candidate Trump to meet with Mexican President Enrique Pena Nieto just before Trump delivered a tough immigration speech.

It was Prince Kushner who anticipated the Trump administration’s failure to repeal and replace ObamaCare; he ducked responsibility by conveniently remaining with Ivanka and their three children on the slopes of Aspen during the health care debacle.

It was Prince Kushner who was tapped by Trump to broker peace between Israel and the Palestinians.

It was Prince Kushner who was put in charge of a grandiose domestic operation called the White House Office of American Innovation, which includes the opioid epidemic and veterans’ affairs—a portfolio that once belonged to Kellyanne Conway.

Prince Kushner has, in effect, become Donald Trump’s prime minister. And Steve Bannon isn’t the only one in the White House who should be worried.