Stacking Up Trump Against His White House Predecessors 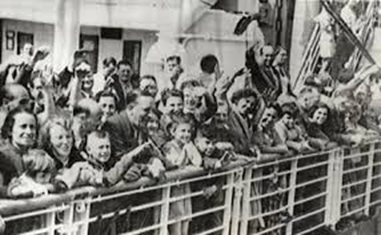 Voyage of the damned: Jews aboard the SS St. Louis in 1939

You don’t have to be a student of the Bible to recognize that the liberal media have moved into their apocalyptic mode.

“The Trump White House is imploding,” she wrote.

But is this really the end of days for Donald Trump? Is he so much worse than all the presidents who have gone before him that he deserves the media’s doomsday treatment?

I don’t think so.

I challenge the media to compare anything that Trump has done—ordering a ban on immigrants from high-risk Muslim countries, killing the Paris climate accord, starting work on The Wall, even talking about grabbing pussies—with some of the things done by the Democrats’ most revered presidents: Franklin Roosevelt, Bill Clinton, and Barack Obama.

Roosevelt. In 1939, as Roosevelt prepared to run for a third term, he refused to take 900 Jewish refugees from Germany who were languishing aboard the SS St. Louis off the coast of Florida. Denied entry into the U.S., the Jews were sent back to Europe, where it has been estimated that at least a quarter of them were exterminated in Nazi concentration camps.

Clinton. In May 1999, Clinton had the chance to assassinate Osama bin Laden, who was responsible for bombing the U.S. embassies in Tanzania and Kenya. The American military had tracked down Bin Laden to Kandahar, a town in Afghanistan, and they were ready to launch a missile strike. Clinton refused to give the order, and two years later, Bin Laden masterminded the deadliest attack in history on American soil.

Obama. In 2009, Obama authorized Attorney General Eric Holder to launch “Operation Gunrunner,” under which the Department of Alcohol, Tobacco and Firearms sold 2,000 assault rifles that ended up in the hands of Mexican drug cartels. One of those guns was used to murder U.S. Border Patrol Agent Brian Terry. Other guns were responsible for at least 150 murders in Mexico. Asked about his part in the operation, Obama invoked executive privilege and remained mum.