The Golden Toilet and the Presidential Campaign 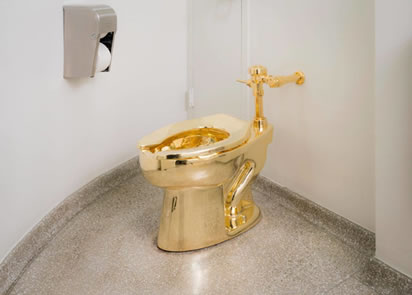 Last night’s presidential debate covered a wide range of topics except the most important one of all—how our country is swiftly becoming a decadent society that is undermining traditional American values.

The late Andrew Breitbart famously said that “politics is downstream from culture,” and if you have any doubt about the deleterious effect of our culture on the direction of our country and its politics, I invite you to visit the Guggenheim Museum on New York’s Fifth Avenue.

There, on the fifth floor, you will find a long line of people in front of a sign that says “There is a two-hour wait.”

What are these people waiting two hours for?

They are waiting to enter a small rest room that contains an 18-karat solid- gold toilet.

This gold toilet is the creation of Italian artist Maurizio Cattelan. He has labeled his installation “America.”

Yes, in one of our country’s leading cultural institutions, people are waiting on line for two hours to urinate and defecate into “America.”

Maybe the time has not yet arrived for an American Gibbon to write a new Decline and Fall, but we are approaching the point of no return.

The failure of most pundits to recognize this reality prevented them from grasping the significance of the populist revolt that has swept across America and made Donald Trump the nominee of the Republican Party.

For the inside story how Obamaism/Clintonism has abetted this decadence, read my new book, Guilty as Sin, which will be published October 4 and is now available for pre-order on amazon.com and barnesandnoble.com. 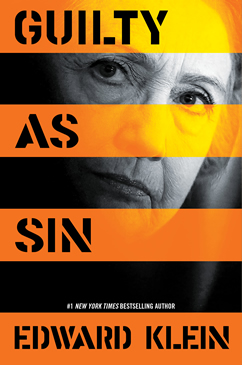