Toggle SlidingBar Area
Previous Next
What About Hillary’s Coughing Fits?

What About Hillary’s Coughing Fits? 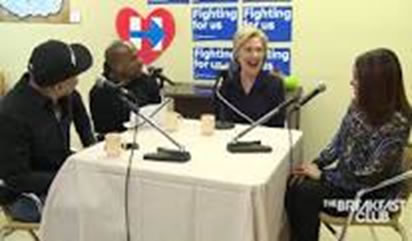 Hillary appears on “The Breakfast Club”.

Earlier this month, Hillary Clinton had a coughing fit on “The Breakfast Club,” one of New York’s top-rated radio shows among African-Americans.

“Allergy season,” she gasped. “My voice is failing here.”

Within minutes, my email inbox was filled with questions: Did Hillary’s frequent bouts of coughing prove she was hiding a serious health problem? And what about her use of special eyeglasses to correct double vision? 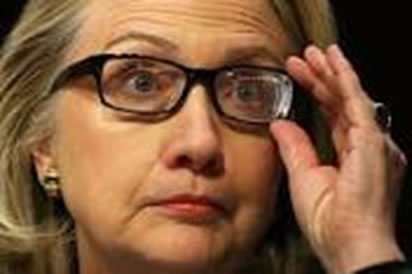 Back in 2012, Hillary fainted, suffered a concussion, and was rushed to a hospital where she was diagnosed with a blood clot between her brain and skull.

Ever since then, there has been mounting evidence that she has serious health issues. Some people speculate that she suffered nerve damage from the trauma to her head.

However, only Hillary, her doctor, and members of her family know the full extent of her health issues.

In the absence of hard facts, here’s what we know:

Hillary takes a medicine-cabinet full of drugs to prevent blood clots and fainting spells and to treat a thyroid condition. Some of those drugs are known to cause chronic coughing.

One doctor told Jerome Corsi of World Net Daily that Hillary’s coughing could also be related to acid reflux disease, which is a serious condition if allowed to go untreated.

At Bill Clinton’s urging, Hillary now travels with a full-time physician, who keeps her under constant observation.

Bill’s worst fear, according to my sources, is that Hillary will stumble or fall at a critical moment in the campaign and reveal that she’s not up to handling the job of commander in chief.