Toggle SlidingBar Area
Previous Next
What Is Huma Up To—And Why Should We Care?

What Is Huma Up To—And Why Should We Care? 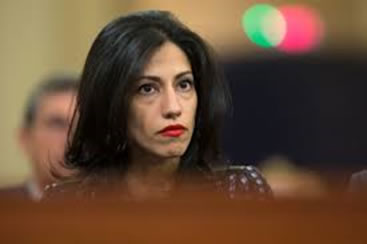 The two women were spotted enjoying a private tete-a-tete at Il Cantinori, a favorite celebrity hangout in Greenwich Village. They’re good friends—Wintour held fundraisers for Hillary’s 2016 presidential campaign and she profiled Abedin in the pages of Vogue.

Beyond their mutual admiration for Hillary, Abedin and Wintour share a passion for fashion, and sources tell me that among the things they discussed over lunch was Wintour’s offer to help Abedin find a job in the fashion business.

Now that Abedin is a single mother and her soon-to-be-ex-husband is in sex-addiction rehab and out of work, she needs a steady, well-paying job.

Her conversation with Wintour was based on the assumption that, following Hillary’s defeat at the polls, Hillary was bidding farewell to elective politics, dismantling her campaign staff, and no longer needed Abedin to hold her hand.

When Abedin informed Hillary of her desire to seek a career in fashion, Hillary vetoed the idea.

Hillary told Abedin that she was utterly serious about running again for the White House. She intends to fight for control of the Democratic Party apparatus and ultimately launch a “listening tour” as a prelude to another try for the presidency.

Hillary blamed many members of her campaign staff for her defeat to Donald Trump, but she never blamed Abedin. She reportedly told Abedin that she was “irreplaceable,” and she backed up her words of  praise by giving Abedin a substantial raise on the staff of the Clinton Foundation.

Since then, Abedin has spent much of her time at Hillary’s homes in Chappaqua and Washington, D.C.

“Huma and Hillary are inseparable again, joined at the hip,” says a source close to the Clintons. “Huma’s presence at Hillary’s side is proof positive that Hillary means to run again.”