Why Bill Doesn’t Want to Be First Gentleman 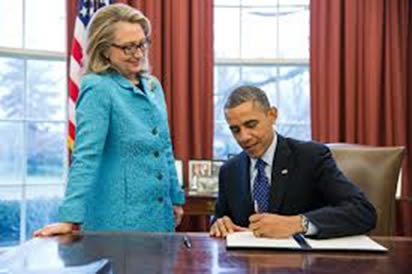 Hillary with Obama behind the Oval Office Resolute Desk

Until recently, Hillary Clinton has been promising primary voters that if elected president, she’d carry on Obama’s policies—in effect, she’d be a third Obama term.

But the economy is dismal, the world is in a mess, and that promise hasn’t earned her many votes.

So now she’s come up with a different promise: to put Bill Clinton in charge of revitalizing the economy—in effect, she’d be a third Clinton term.

She’s hoping that Democrats will remember Bill’s White House years as a “golden age,” and forget the scandals that scarred those years—Whitewater, Monica, and eleventh-hour pardons.

“I’ve already told my husband that if I’m so fortunate enough to be president and he will be the first gentleman,” she said, “I’ll expect him to go to work…to get incomes rising.”

So what does Bill think about all this? 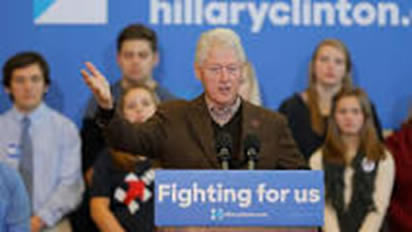 Bill on the campaign trail

When reporters ask him to explain the role he plays in his wife’s campaign, he has a pat answer: he’ll do whatever she asks. But when reporters aren’t around, and he’s alone with friends, he admits he is ambivalent about the whole Hillary enterprise.

“I feel like the dog chasing the car that doesn’t really want to catch it,” he says. “I don’t need the scrutiny of being in the White House. I love my life the way it is. I don’t want reporters up my nose all the time. I couldn’t be chasing skirts in the White House. They can’t impeach me again, but it would be very bad for Hillary. Believe me, if Hillary wins, I’m going to stay as far away from the White House as possible.”