Toggle SlidingBar Area
Previous Next
A Plea Bargain for Hillary?

A Plea Bargain for Hillary? 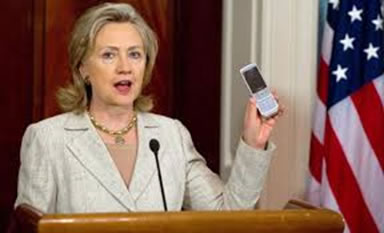 The Justice Department has reopened the investigation of Hillary Clinton’s mishandling of classified material on her private email system while she was secretary of state, and is considering offering her a plea bargain if she will agree to plead guilty to charges of breaking the law, according to a Clinton attorney.

The discussion of a plea bargain took place late last month and was offered by a high-ranking Justice Department official to the Clinton lawyer.

During the exploratory talks with the prosecutor, the Clinton attorney was told that despite former FBI Director James Comey’s decision last July not to prosecute Hillary, the Justice Department has reexamined the email case and believes there are ample grounds for prosecuting Hillary on a number of counts.

Under the Justice Department’s plea offer, Hillary would be required to sign a document admitting that she committed a prosecutable crime. In return, the DOJ would agree not to bring charges against Hillary in connection with the email probe.

Also as part of the agreement, the Justice Department would not proceed with an investigation of Hillary’s pay to play deals with foreign governments and businessmen who contributed to the Clinton Foundation or who paid Bill Clinton exorbitant speaking fees.

The Clinton attorney cautioned that normally a plea is offered by a prosecutor only upon arraignment, and Hillary has not yet been charged with any crime.