That’s what the media, the Democrats, and the Never-Trump Republicans are waging on the democratically elected president of the United States.

With ferocity not seen since the Civil War, the Washington establishment and the radical Left are joining forces in an attempted coup d’état to overturn the will of the people and return power to the political and media elites who have never been more unhinged.

In All Out War: The Plot to Destroy Trump, investigative reporter and national best-selling author Edward Klein reveals:

“In America, you are entitled to your own opinion,” Klein writes. “But you are not entitled to overthrow the democratically elected president of the United States and inflict irreparable damage on our country. That, however, is what Donald Trump’s enemies on the Left and Right are doing. Through a variety of underhanded tactics—lies, leaks, obstruction, and violence—they are working to delegitimize President Trump and drive him from office before he can drain the swamp and take away their power.”

Stunning in its revelations, meticulous in its reporting, there can be no timelier or more important political book than All Out War. 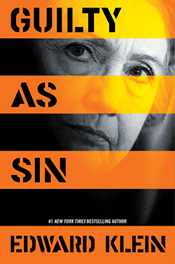 When FBI Director James Comey announced in July that Hillary Clinton would not be indicted for mishandling classified information, America was stunned.
Had the scandal-happy Clintons escaped justice once again?​ Not so fast, says investigative reporter and bestselling author Edward Klein. There is far more behind Comey’s shocking press conference than meets the eye–and a minefield of email evidence between Hillary and the White House.

​In his astonishing​ new​ book, Klein uncovers the real story​ behind Hillary’s email scandals and the dirty political games that have kept her one step ahead of the law–for now. ​Klein reveals what the FBI’s team of 150+ investigators really found on Clinton’s server. How Comey originally threatened to resign over White House attempts to intervene in the investigation​, and his secret plan to go around the Justice Department if needed. How an unprecedented Congressional investigation during an election year is uncovering new shocking evidence of corruption on a level some would call treason. And ​what Bill and Hillary still have left in their bag of tricks in their desperate quest to get back into the Oval Office.

Unlikeable: The Problem With Hillary 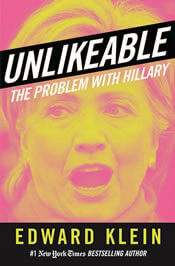 In this stunning expose of Hillary Clinton and her floundering race for the White House, New York Times bestselling author Edward Klein—one of America’s most respected investigative journalists—whisks the reader behind the scenes and reveals in colorful detail and meticulously recreated conversations the plots and secret plans hatched at the Clinton homes in Chappaqua and Whitehaven and in the family quarters of the White House.

Blood Feud: The Clintons Vs. The Obamas

They are allies by circumstance, rivals in fact, and enemies by personal animosity. New York Times bestselling author Edward Klein pulls back the veil on the most unreported story in Washington— the jealousy and antipathy that divide the two most powerful Democratic families in the country.

The Amateur: Barack Obama in the White House

In this stunning exposé, bestselling author Edward Klein—a contributing editor to Vanity Fair, former foreign editor of Newsweek, and former editor-in-chief of the New York Times Magazine—pulls back the curtain on one of the most secretive White Houses in history. 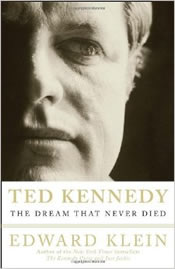 Indeed, for most of his life, Ted Kennedy played a kaleidoscope of roles-from destructive thrill seeker to constructive lawmaker; from straying husband to devoted father and uncle. In Ted Kennedy: The Dream That Never Died, celebrated Kennedy biographer Edward Klein at last reconciles these contradictions, painting a stunningly original, up-to-the-moment portrait of Ted Kennedy and his remarkable late-in-life redemption. 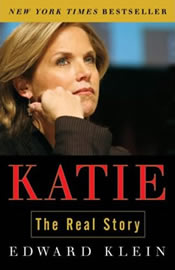 In this probing portrait of a struggling news queen, bestselling author Edward Klein rips away the mask that has hidden the many faces of Katie Couric: the strong, independent woman and the needy wife and lover; the grieving widow famed for her kindness to others and the fiercely competitive diva; the consummate television interviewer and the stumbling network anchor.

The Truth About Hillary: What She Knew, When She Knew It, and How Far She’ll Go to Become President 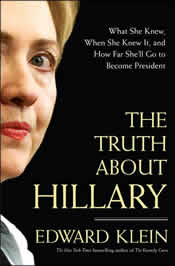 Despite more than a dozen years in the national spotlight and more than a dozen unauthorized books about her, she has managed to keep many secrets from the public especially about her turbulent marriage and its impact on her career. There have been plenty of rumors about what Hillary and Bill Clinton did behind closed doors, but never a definitive book that exposes the truth.

Farewell, Jackie: A Portrait of Her Final Days 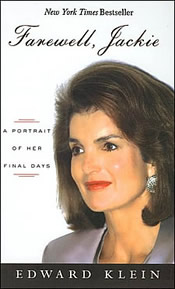 In November 1993, Jacqueline Kennedy Onassis took a tumble from her horse during a hunt in Virginia. A scarce six months later this revered, fascinating woman of substance, style, and steely will passed away in her Park Avenue home. From the moment she was diagnosed with non-Hodgkin’s lymphoma, Jackie embraced a renewed spiritual life and embarked on her final journey in the company of those she loved most. Now, bestselling author Edward Klein – who knew Jackie for more than a dozen years – pens a moving account of those last months and a celebration of the life of an American icon who faced death as she faced life, with all the bravery and grace of a woman who had long inspired the nation.

All Too Human: The Love Story of Jack and Jackie Kennedy 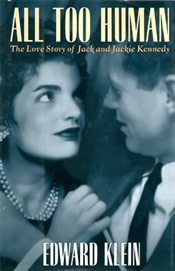 Of all the great love stories that have had an impact on our times – Eleanor and Franklin, Winston and Clementine, the Duke and Duchess of Windsor – none has remained as shrouded in secrecy and misunderstanding as that of John and Jacqueline Kennedy. Here, for the first time, their story is told the way it was always meant to be told – with such depth and amazing detail that it sheds a whole new light on the relationship at the heart of Camelot. 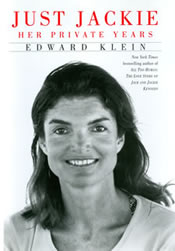 From the moment Jacqueline Kennedy stepped into the White House, she inspired a generation of Americans and changed the face of a nation. But underneath the glitter and the hype, just who was Jackie? More than a portrait of a famous celebrity, Edward Klein’s work captures the essence of a woman whose passion for wealth was matched only by her deep need for privacy. In Just Jackie, Klein reveals how Jacqueline Kennedy Onassis finally found the love and contentment she was searching for all her life. 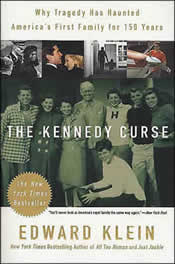 In this probing expose, renowned Kennedy biographer Edward Klein-a bestselling author and journalist personally acquainted with many members of the Kennedy family-unravels one of the great mysteries of our time and explains why the Kennedys have been subjected to such a mind-boggling chain of calamities. Drawing upon scores of interviews with people who have never spoken out before, troves of private documents, archives in Ireland and America, and private conversations with Jackie, Klein explores the underlying pattern that governs the Kennedy Curse.

If Israel Lost the War 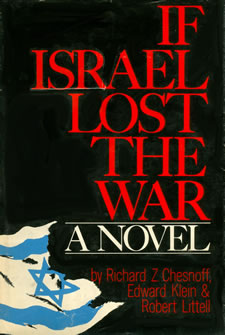 In the summer of 1967, Richard Z. Chesnoff, Edward Klein and Robert Littell were all working as associate editors in Newsweek’s Foreign Department. A few weeks after the end of Arab-Israeli war the three authors met to explore the hypothetical question of what would have happened if the Arabs had launched a successful air strike against Israel. The idea was not as incredible as it first appeared. Former Israeli Foreign Minister Golda Meir had privately told the authors: “Just imagine if Nasser had gotten to our airfields first. What would have happened…?” 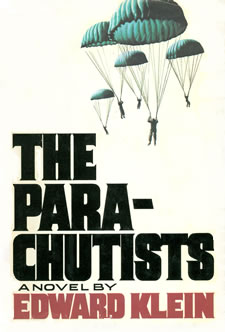 Of spies and counterspies, epic adventure and breathless escape, The Parachutists is a novel that goes far beyond the bounds of the conventional thriller to tell the story of a passionate love that blossoms in the holocaust of World War II.