Democrats and the Abuse of Presidential Power 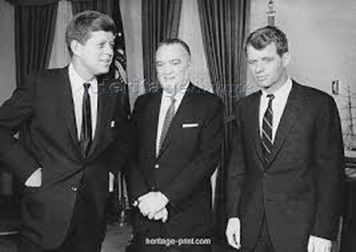 In view of mounting evidence that the Obama administration used the FBI, CIA and NSA to spy on the Trump campaign, let’s take a stroll down memory lane and check on past Democratic presidents and their abuse of power.

A tip of the hat to Jeff Kisseloff of The Nation, who reminds us that Franklin D. Roosevelt was the first president to order J. Edgar Hoover, the director of the FBI, to use the relatively new investigate tool of wiretapping against his political opponents.

According to Today in Civil Liberties History, Harry S. Truman approved a memo from his attorney general that authorized FBI wiretapping of political dissidents.

The late Ben Bradlee, the famed editor of the Washington Post, doesn’t spare his intimate friend John F. Kennedy in his memoir Conversations With Kennedy. Here is what Bradlee wrote:

Lee Edwards, a distinguished fellow at the Heritage Foundation, points an accusing finger at Lyndon B. Johnson, who turned to the CIA to spy on Barry Goldwater, his 1964 presidential opponent. “Most disturbing of all,” writes Edwards, “was the FBI’s bugging of the Goldwater campaign plane.”

Bill Clinton was impeached by the House of Representatives on two charges—one of perjury, and one of obstruction of justice.

Before Barack Obama and his administration spied on Trump, they rifled through the emails and phone records of Fox reporter James Rosen, claimed executive privilege during the Fast and Furious scandal, and used the IRS to target conservative groups and deny them tax-exempt status.