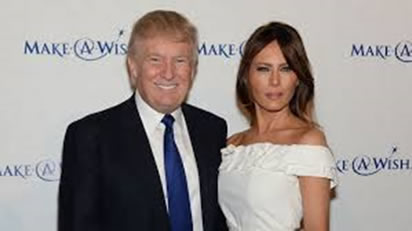 Melania Trump’s speech at last night’s Republican National Convention was full of extravagant praise for her husband, but it left a major question only partially answered: What kind of First Couple would they make if they were in the White House?

I’m in a position to answer that question better than most journalists, because I’ve spoken with both Donald and Melania Trump about their marriage.

It may come as a surprise to those who have followed Trump over the years—three marriages and many macho man romantic relationships—that he is actually a model modern husband.

He shares an equal partnership with his smart, clever and strong-minded wife. Indeed, though Melania may have been best known as a former model with her own va-va-voom style, she proved last night that she is definitely not a trophy wife.

In an interview for the August issue of Newsmax magazine, I asked Melania if she ever wakes up thinking that her life is a dream. Her answer was very revealing.

“I don’t,” she told me. “I have a very meaningful life. I feel very comfortable in my own body and mind. I’m not an attention seeker. I am very selective in what I do. I prefer quality over quantity.”

Melania has a set of strong values, which she is teaching her 10-year-old son Barron. She is a traditional mom—she takes her son to school and picks him up in the afternoon—but she plays a pivotal role in Trump’s presidential campaign.

“Donald and I discuss the campaign all the time,” she told me. “I give him my advice. I tell him when I don’t agree with what he says or does. Have I told him at times that he should be more presidential? Yes. Sometimes he takes my advice and sometimes he doesn’t.”

Their relationship of mutual respect based on traditional family values stands in stark contrast to Bill and Hillary Clinton’s sordid tale of infidelities and deceptions.

If you’re looking for further insight into the difference between the Trumps and the Clintons—and the choice facing America in November—I recommend that you pick up a copy of Armageddon, an extraordinarily insightful book by New York Times bestselling authors Dick Morris and Eileen McGann.