The Other Half of the Comey Story 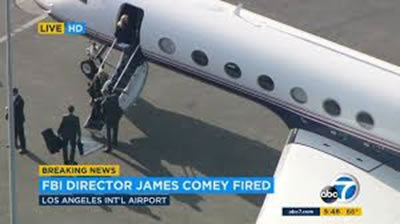 Much of the media’s coverage of James Comey’s firing has focused on Donald Trump’s frequent self-defeating decision-making process.

Without warning and while Comey was out of town, Trump fired him in a manner that many people—even those who thought Comey deserved to be fired—considered demeaning.

But how did Comey, who’s often described as the last Boy Scout in Washington, handle his public humiliation?

Here’s the other half of the story.

Shortly after he was fired, a furious Comey boarded a Department of Justice Gulfstream G550 at Los Angeles Airport and began barking orders at his assistants.

He tried several times to reach Trump by telephone to get an explanation why he was fired in such a disrespectful manner. No one at the White House would take his call.

He was far from pleased that Trump appointed his deputy, Andrew McCabe, as acting director of the bureau. When McCabe’s wife ran for the Virginia state senate, she received thousands of dollars from a super PAC controlled by Hillary Clinton’s close friend, Virginia Governor Terry McAuliffe.

Comey questioned whether McCabe was too close to the Clintons during the FBI’s investigation of Hillary’s e-mails.

After Comey landed in Washington, he called his wife, Patrice, who was in tears. She told him that the way he was treated by the president made it look as though he had committed some horrible crime.

Comey vowed to his wife that he would fight back and not allow his firing to be a stain on his character.

He also told friends that he wouldn’t be cowed by President Trump’s threatening tweet— “James Comey better hope that there are no ‘tapes’ of our conversations before he starts leaking to the press!”

In fact, Comey does not believe there are any incriminating tapes in Trump’s possession, and he intends to give interviews, pen Op-Ed pieces, and write a book about his experience.