A Modest Proposal for Robert Mueller 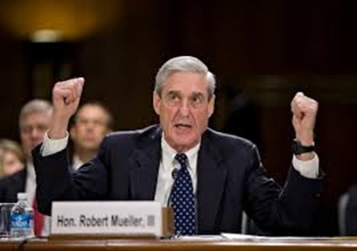 We all know that Mueller was appointed special counsel to investigate Russia’s meddling in the U.S. presidential election and possible collusion between the Russians and Donald Trump, the Republican candidate for president.

But as long as Mueller’s on the hunt for Republicans, shouldn’t he be investigating two Democrats who are up to their necks in the Russian affair. I’m referring to Susan Rice and Hillary Clinton.

It was Susan Rice, in her role as Obama’s national security adviser, who unmasked the identity of several of Trump’s campaign aides scooped up in intelligence intercepts.

Rice convinced Barack Obama to issue an order lowering the classification level of the intercepts so the names would be spread throughout the intelligence community and ultimately be leaked to the press.

What’s more, Rice and her deputy, Ben Rhodes, requested that the National Security Council, the Department of Defense, the director of national intelligence, and the director of the CIA produce “detailed spreadsheets” of intercepted calls involving Trump and his aides.

As for Hillary Clinton, she was secretly briefed during the campaign by Rice, who revealed the identity of the Trump people she had unmasked. This allowed Hillary’s campaign team and her infamous war room to leak those names to the media.

If, as it has become clear, Hillary knew that the president was using the intelligence community to help her win the presidential election, and she tacitly approved his strategy, that should get her into a lot of hot water.

Of course, it’s up to Robert Mueller to turn on the tap.