How the Deep State Upstages Trump 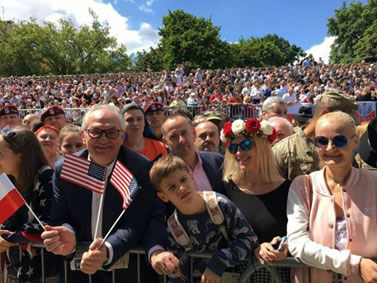 Every time President Trump scores a great success—such as his address to a joint session of Congress, his trip to Saudi Arabia and Israel, or his recent speech in Poland—another damaging leak lands on the front page of The New York Times or the Washington Post.

Is this a coincidence?

Not according to my sources in Washington. They tell me that Trump’s enemies in the Deep State—mostly Obama holdovers and Hillary supporters in the bureaucracy—have been saving up the leaks and timing them in a deliberate effort to upstage the president.

This time around, the leak was about Trump’s oldest son Donald Jr. According to a front-page story in The Times, the younger Trump met with a Russian lawyer who promised to give him damaging information on Hillary.

The Times naturally interpreted the meeting as an example of collusion between the Trump campaign and the Kremlin.

Nonsense say members of President Trump’s legal team. The meeting had all the markings of a set-up.

It appears to have been arranged by Fusion GPS, an American firm retained by Hillary’s campaign to develop opposition research on Trump. Fusion GPS was behind the now-discredited dossier concocted by a British intelligence agent to smear Trump.

In any case, the leak dominated the media’s coverage of Trump’s speech in Warsaw, where he received a rapturous welcome and talked about God and family and the value of Western civilization

Trump’s critics on the Left took him to task for his emphasis on Western civilization. They complained it reminded them of a time when the West held sway over lesser peoples around the world.

I guess they think it’s more “civilized” to indulge in illegal leaks that harm our political system and damage our national security.