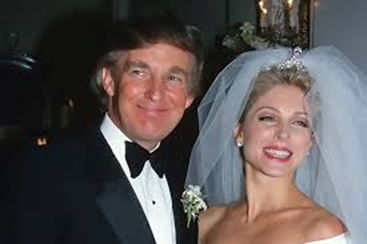 Trump on his wedding day to Marla Maples

Next to seeing Donald Trump impeached, there’s nothing that would please his enemies more than to see him resign.

They say that sooner or later Trump will get fed up with the beating he’s taking in the press, and step down as president.

Such predictions are all over the Internet in clickable blue headlines.

So what are the chances Trump will indulge his enemies and throw in the towel?

Knowing Trump as I do, I’d say the chances of his resignation are zero.

Almost 25 year ago, I traveled around the country with Trump, researching a story for Vanity Fair. At the time, he was taking a beating in the media for his soap opera divorce from his first wife, Ivana, his prenuptial negotiations with his wife-to-be, Marla Maples, and his massive financial debts—about one billion dollars.

Trump reflected on his problems, and this is what he told me:

“There’s a level of brutality in boxing. It’s hard to take 300 punches in the face and come back for another round. I remember hearing a champ after a fight say to the cameras, ‘I want to thank the Lord my savior, who gave me the ability to beat the bejesus out of my opponent.”

Among the many things that Trump’s enemies always get wrong is his ability to take a punch and come back.

He isn’t going to please his opponents and resign.