Anything is possible with Joe Biden, who is known to shoot from the lip.

Biden’s foot-in-the-mouth comments have earned him the nickname “Sloppy Joe.”

The latest example: Biden leaked to New York Times columnist the story that his dying son Beau beseeched him to run for president.

Biden is often out of control. For instance, he has a tendency to put his hands on women’s shoulders and give them a spontaneous back rub when he shouldn’t. Sometimes he greets older women with “Hi, Mom.” Former press secretary Robert Gibbs called him “The Bidenator”—the Democrats’ version of Arnold Schwarzenegger’s unstoppable movie character.

But as of this week, one thing seems unmistakably clear about Uncle Joe (another one of his nicknames): He hasn’t made up his mind whether to challenge Hillary Clinton for the Democratic nomination.

A source close to Biden and his family for the past 30 years tells ED KLEIN CONFIDENTIAL to ignore published stories claiming that Biden has set a deadline this weekend for making up his mind.

“There is no deadline,” this source says.

According to the source, Biden is likely to wait until he sees how Hillary performs in the October 13 Democratic presidential debate against the irrepressible Bernie Sanders, and how Hillary fares during her October 22 grilling before the U.S. House Select Committee on Benghazi.

In short, Biden wants to measure Hillary’s vulnerability before he jumps into the primary race.

“Obviously, Joe would like to go,” says the Biden source. “He’s wanted to be president for as long as he’s wanted anything. But he’s still debating with himself whether he wants to leave public office with his reputation unsullied or whether he should get muddied in a fight with Hillary.

“But there is one caveat,” this source continued. “Joe could wake up any morning and change his mind and decide to enter the battle with Hillary. I have no reason to believe that he will, but with Joe, anything can happen.” 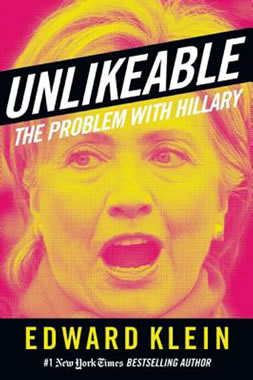