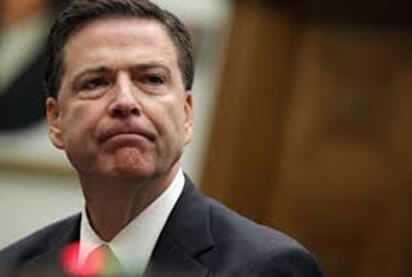 Hillary Clinton is Feeling the Bern—but the real heat isn’t coming from Bernie Sanders, who fought her to a humiliating dead heat in the Iowa caucuses.

The Bern is coming from James Comey, the straight-arrow director of the FBI, who is leading the investigation into her email scandal.

After 6 long months of investigation—hundreds of interviews, tens of thousands of documents, and untold hours retrieving deleted emails from Hillary’s homebrew server—Comey and his team of more than 100 agents are finally closing in on Hillary and her closest advisers.

Prosecutors at the Justice Department and managers in Hillary’s presidential campaign tell ED KLEIN CONFIDENTIAL that the FBI has zeroed in on three people in Hillary’s inner circle. 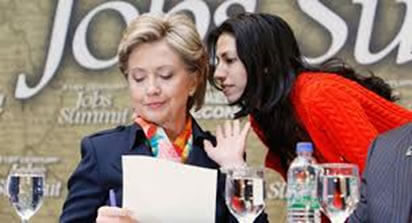 These three—Huma Abedin, Cheryl Mills and Jake Sullivan— have been notified by the FBI that they should prepare to testify under oath about their involvement in the handling of classified national security secrets on Hillary’s homebrew email system

I’m also told by my sources that as soon as the FBI got in touch with Abedin, Mills and Sullivan, all three of them lawyered up.

These three are not just some Hillary hangers-on.

They are Hillary’s closest and most important advisers. They are the people she shares her deepest darkest secrets with.

Cheryl Mills served as Hillary’s chief of staff when Hillary was secretary of state. 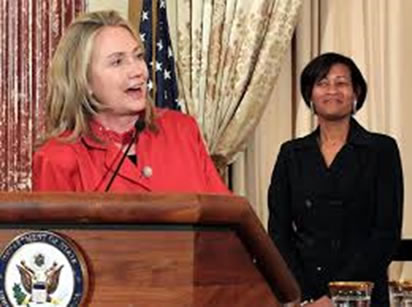 Cheryl Mills beams at her boss 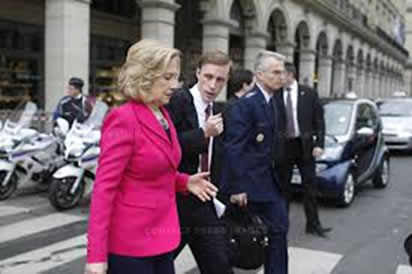 Hillary gets some advice from Jake Sullivan

The FBI’s decision to interview the people who reside in Hillary’s inner sanctum is the biggest development in this investigation up to now.

There’s only one other person who knows the full story.

And that’s Hillary Rodham Clinton herself.

Stand by: It may not be long before the FBI asks Hillary to testify under oath.