Campaign Update: The Problem With Hillary 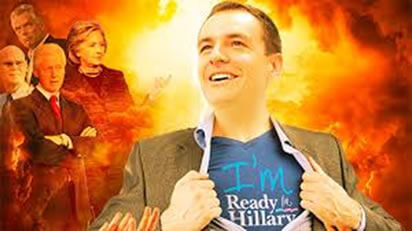 Mook in a Mother Jones photomontage.

In fact, he has half a dozen problems. 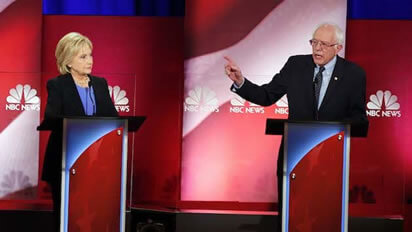 Problem No. 2: Hillary is blaming the staff at her Brooklyn campaign headquarters for all her problems—sinking poll numbers and Bernie’s endorsement by such liberal organizations as Moveon.org. Morale in Brooklyn is at an all-time low. At Hillary’s urging, Huma Abedin, Hillary’s “adopted daughter,” is bitching at volunteers and salaried employees in Brooklyn and making their lives miserable. 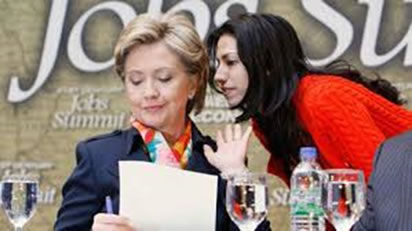 Problem No. 3: Several of those disaffected volunteers and employees have quit in a snit and joined the Bernie Sanders campaign.

Problem No. 4: Chelsea Clinton is feared and loathed at the Brooklyn campaign headquarters. She barges into meetings without being invited and throws her weight around. Chelsea has taken on the role of Hillary’s attack dog in recent campaign appearances. David Axelrod, the architect of Obama’s two White House victories, says that Chelsea is doing more harm than good and needs to be reined in. 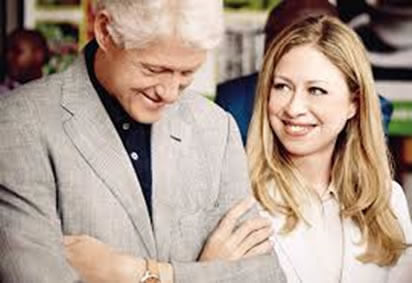 Chelsea and her dad.

Problem No. 5: Bill Clinton is constantly lecturing Hillary on what she’s doing wrong and how she should campaign. Hillary has stopped listening to Bill; she doesn’t invite him to take part in campaign conference calls. As a result, Bill has been left on his own, and the campaign never knows what he’s going to say or do next.

Problem No. 6: No less a liberal publication than the New York Times has finally caught up with Robby Mook’s biggest problem, which I wrote about in my book Unlikeable: The Problem With Hillary. As the Times put it: “

[Some] Democratic Party officials who remain uncommitted said that after nine months of running, Mrs. Clinton still has not found her voice when it came to inspiring people and making herself broadly likable.”
By Edward Klein| 2017-10-02T12:23:59+00:00 January 19th, 2016|blog, Ed Klein Confidential|0 Comments